Canada Day is not the only event we celebrate this month. On July 2, we celebrate Dr. Barnabas Day’s birthday. Dr. Day was instrumental in founding the ODA, Royal College of Dental Surgeons of Ontario and modernizing (for the time) dentistry in Ontario. 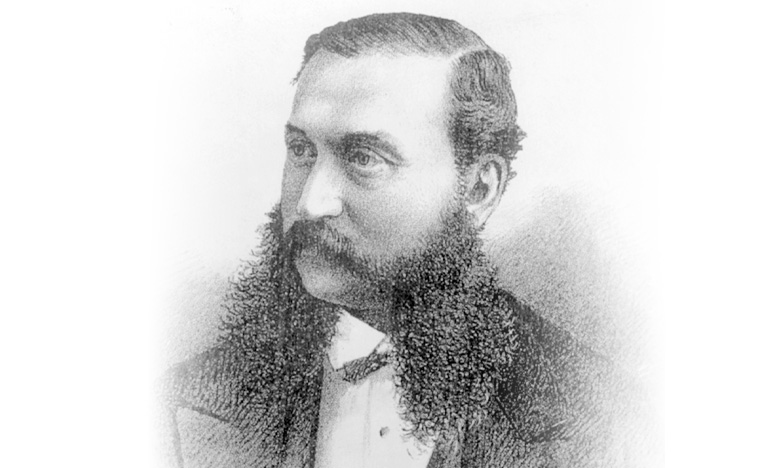 Barnbas Day was born on July 2, 1833, just outside of Kingston, Ontario. Due to health reasons, Dr. Day decided life as a farmer wasn’t for him. He eventually decided to pursue a career in dentistry and studied for six months under Dr. J.P. Sutton, who Day described as “the leading dentist in that part of the country.” Following his apprenticeship, Day opened his own practice. Never one to stop learning, Day enrolled at Queen’s College and graduated with a medical degree in April 1862. He soon became recognized as one of Ontario’s most educated and skilled dentists.

It soon became apparent to Day that charlatans and con artists were destroying dentistry’s reputation through outrageous advertisements, dubious practices and unsanitary treatment. Day’s plan to resolve the long-standing issues with his profession was to form an association with the few trained professionals who were qualified to practice.

On January 3, 1867, Day organized a meeting of Ontario dentists to be held in Toronto. Although only nine dentists attended the meeting, it holds great historical significance in Ontario. It was at this meeting that the decision was made to build an association that could lobby the Ontario legislature to regulate dentistry. This was effectively the birth of the ODA and this meeting led to the passing of the Act Respecting Dentistry, which resulted in the formation of the Royal College of Dental Surgeons of Ontario.

In 1898, 30 years after the founding of the ODA, Day was proud of his achievement and in a letter wrote:

“I am proud to know that both the association and the incorporation are in existence today and have done good work in raising the standard of the profession to a grade that it never would otherwise have attained. Now, while I had something to do in bringing this about, it would have been a useless undertaking had I not associated with me those who showed energy and ability, and used it to place the profession where it belonged before the public.”

Today the ODA continues Day’s work by continuing to promote the highest standards of dental care in Ontario.

For more information about the ODA and the history of dentistry in Ontario, visit https://150.oda.ca